This way for the Paris Marathon 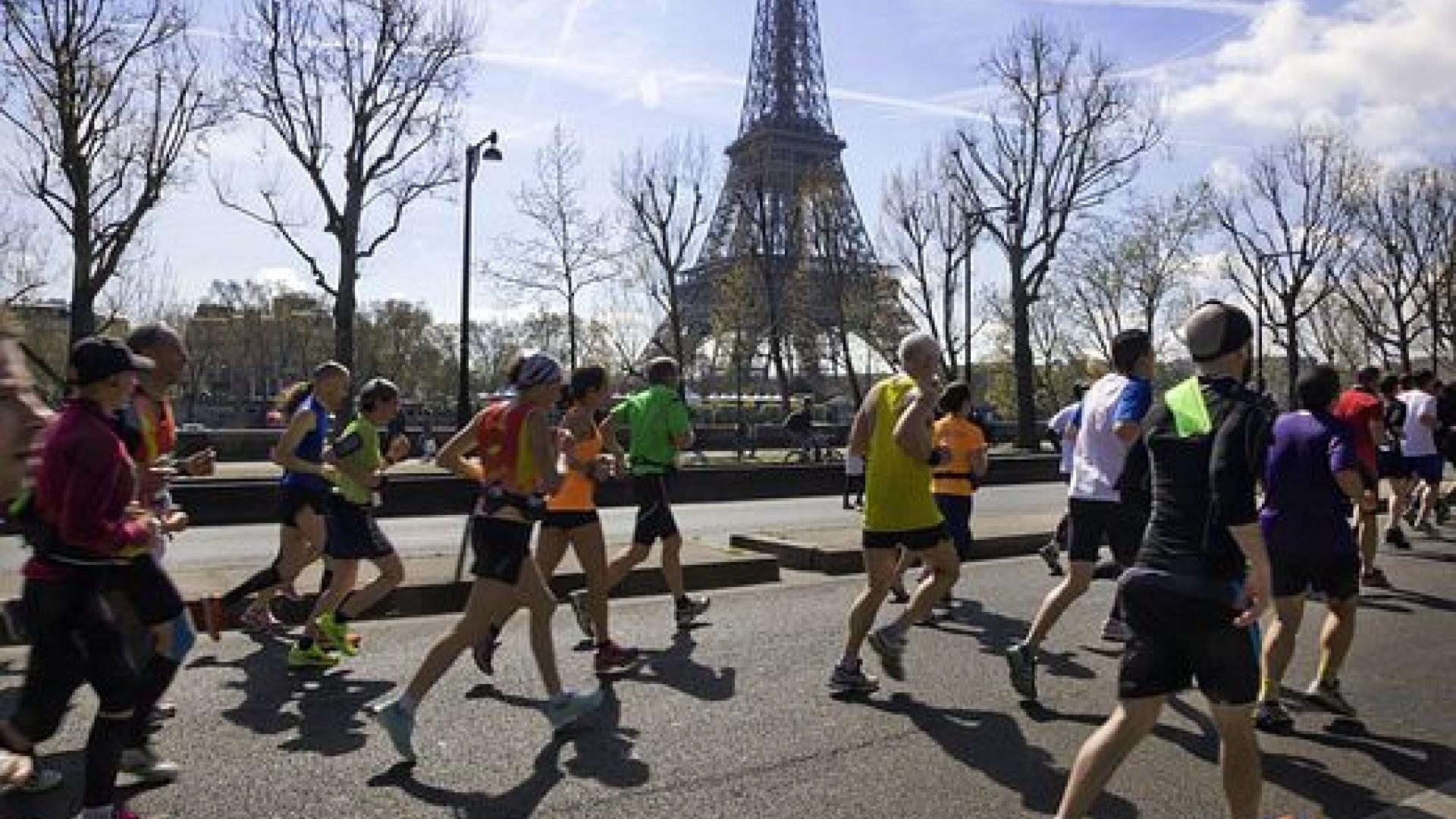 This year the Paris Marathon once again brings together runners from around the world to face the challenge of an exceptional race.

April 3rd brings the fortieth edition of the Paris Marathon. This unique race starts on the legendary Champs-Elysées and reaches its grand climax on the Avenue Foch. On a huge double loop between these two locations the participants will be pushed to their limits on a 26 miles and 385 yards route that includes some of the most beautiful and historically significant locations in the capital, including the Jardin des Tuileries, the Place de la Bastille (not far from the Hotel Pavillon Bastille), the Seine, the Bois de Vincennes and the Bois de Boulogne. The runners may well be too focussed on their efforts to pay much attention to the scenery, but the spectators will certainly gain a new and traffic-free perspective on the City of Light.

The target to aim for

Some 54,000 runners competed in the Paris Marathon in 2015, supported by no less than 250,000 spectators. The event’s participants came to the city from all over the world, with an amazing 145 nationalities taking up the challenge. In 2015 the victor was the Kenyan Mark Korir, who won the race by running the 42.195 kilometres in two hours, five minutes and forty nine seconds, a personal best from a man who said he didn’t expect to win. The first ten athletes to cross the finish line were either Kenyan or Ethiopian, the nations that traditionally dominate marathons, with the French runner Abdellatif Meftah finishing in eleventh place.

Around the Paris marathon

Registrants will be given access to the Salon du Running, which will take place three days before the race. This trade fair has gained in popularity year on year, bringing in increasing numbers of visitors. Around 80,000 attendees, ranging from professional marathon runners to occasional joggers, came last year to meet with over 200 exhibitors in 25,000 square metres of exhibition space. Nutritionists, physical therapists, coaches, etc. rendezvous at the Porte de Versailles exhibition centre each year to offer advice, assistance and equipment to runners from all around the world. Health care, massage, nutrition, a testing centre, trails and outdoor events specialists and the latest developments in footwear are just some of the areas of interest covered by this huge event, which takes place from March 31st to April 2nd.  Don’t miss it!

Some news for the 40th edition

The 40th edition of the Paris Marathon offers some surprises, including the launch of a new official smartphone app. Also available for tablet and computer, this app allows users to record the times involved in their training and take up specially designed challenges based on past performances. Another important feature is the facility for users to compare themselves to others who will be competing in the event.

The Pavillon Bastille welcomes you for the occasion

To help you make the most of this major sporting event in the capital, the Hotel Pavillon Bastille proposes an exclusive offer: you can enjoy a late check out on the Sunday morning, the day of the Paris Marathon. All without charge! To take advantage of this offer just mention the date of the marathon in the ‘special requests’ section (located after your contact information) when you book. Good luck to all!