The Paris Air Show, Versailles and the Musical Fountains Show 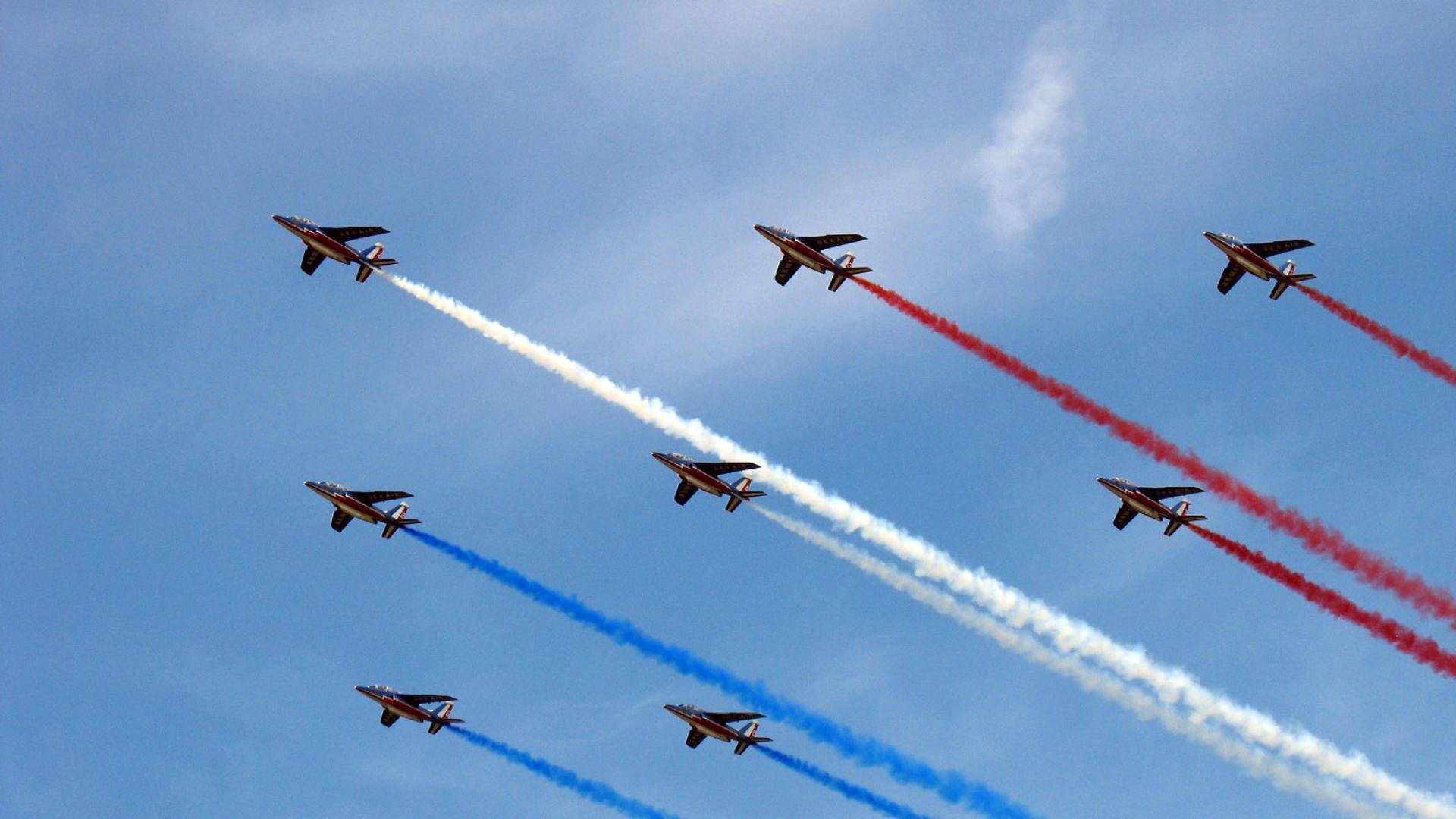 During your stay at the Hotel Pavillon Bastille in Paris this spring, the fine weather will certainly put you in the mood to discover the capital’s emblematic places and events. The choice is certainly varied and plentiful but we would like to recommend three in particular; the aeronautic excitement of the Paris Air Show, the magnificent historical heritage exemplified by Versailles, and the Musical Fountains Show that takes place in the gardens of that wondrous palace.

The 52nd Paris Air Show will take place from June 19th to 25th, 2017. Held at Le Bourget Airport, the world’s most prestigious aircraft exposition demonstrates the superb capabilities of the French aeronautics industry and showcases the latest technological innovations. The first four days of the event are reserved for industry professionals, but the remaining three are open to the general public.
You’ll see presentations and demonstrations of the latest aircraft models and learn how they are constructed. Meanwhile, satellites and telecommunications, and the airborne and ground armaments sectors are exciting high-tech worlds awaiting your discovery. This year, Airbus presents its A350 XWB to replace the A330 and A340, the Dassault Rafale delta wing fighter will be present and an exhibition highlights the 20 trades of the aeronautics sector that are currently recruiting.
You will also have access, using the same ticket, to the Museum of Air and Space.

The Palace of Versailles, a showcase of exceptional heritage

The Palace of Versailles is the symbol of 17th century French art. Come and discover the splendidly opulent château of Louis XIV and experience majestic magnificence. Of the 2,300 rooms occupying an area of ​​63,154 m², the most famous are perhaps the Hall of Mirrors or the Grand Apartments of the King. Rich collections of paintings and sculptures depicting the great figures of French history adorn the rooms. In addition to the palace itself, the Versailles estate includes the Grand and the Petit Trianons, the Hameau de la Reine (Marie Antoinette’s rustic retreat), the magnificent gardens, the park and the Grand Canal. Visitors also have access to temporary exhibitions and the Carriage Gallery. A guided tour on the theme of Louis XIV at Versailles reveals the personality of this absolute sovereign as an art lover and a man of taste.

The Musical Fountains Show in Versailles; an enchanting spectacle

From March 31st to October 31st, 2017, you can enjoy a special perspective on the pools and groves of the gardens of Versailles. Fountains and statues seem to come alive as the waters dance to the rhythms of music. There are 55 fountains in the 850 hectare park providing a breath-taking show during the day. The Bassin du Miroir is flooded every 10 minutes from 10:00 to 19:00, the Bosquet du Théâtre every 15 minutes at the same time and the Bassin de Neptune every day except Tuesdays at 17:20.
In the evening, Les Grandes Eaux Nocturnes mixes aquatic effects and fireworks in an atmosphere worthy of the Sun King himself. The synchronization of visual effects and pyrotechnics with Baroque music played by Reinhard Goebel’s Musica Antiqua Köln Orchestra is sheer perfection. An extraordinary spectacle not to be missed!