The attractions of the Paris Bastille district 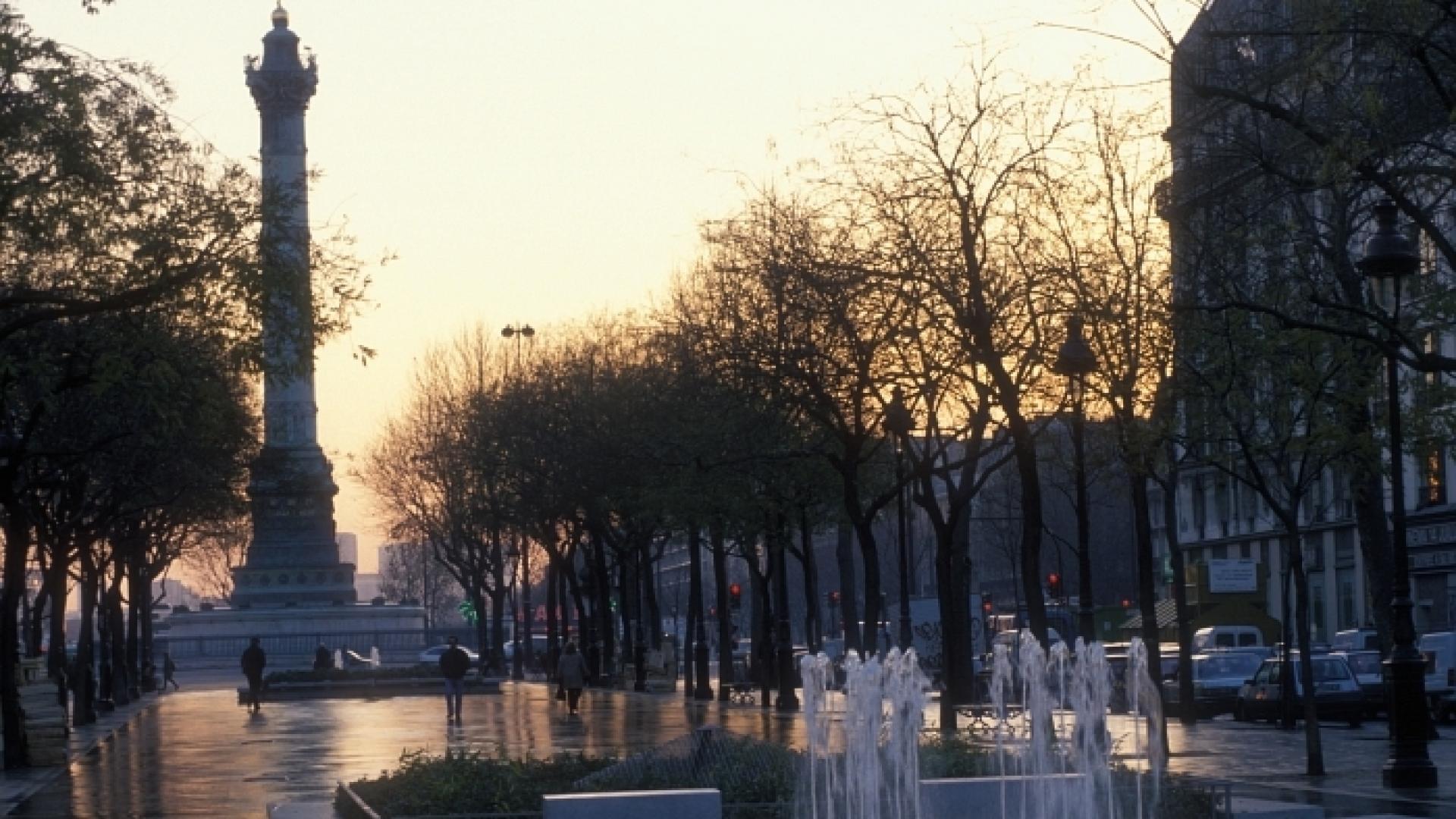 The Paris Bastille district boasts one of the most evocative and history steeped names in France. In its midst is where the notorious Bastille prison once stood. This infamous symbol of oppression was completely destroyed between July 14th, 1789 and July 14th, 1790, having stood since the late 14th century. On the ground where it was erected the Place de la Bastille was raised in 1803. We at the Hotel Pavillon Bastille are proud to be located in such a fascinating neighbourhood. Here are a few of the local places of interest that you will be able to visit when you stay as our guest.

The Place de la Bastille and its surroundings

The Place de la Bastille originally contained a fountain in the shape of an elephant. This was removed a long time ago and now the square is graced by the Colonne de Juillet, a fine monument commemorating the replacement of King Charles X by King Louis Philippe in 1830. The column is surmounted by a gilded statue created by Auguste Dumont, representing the Spirit of Liberty.

The Opéra Bastille was created as part of the Grand Projects scheme initiated by the former French president, François Mitterrand. Opened in 1989 as part of the bicentennial celebrations marking the French Revolution, it has a challengingly modern design and an auditorium that seats an audience of around 2,700.

In the mid-19th century the Paris-Strasbourg Railway Company were instrumental in the construction of elevated tracks running from the Place de la Bastille to eastern Paris. This line became disused in the 70s when the new SNCF and RER services made it surplus to requirements. Rather than tear down this piece of Parisian history, the city officials decreed that it should be converted into a walkway. Thus the Promenade Plantée was created, offering a scenic and green walking route from Bastille to Reuilly. The vaults beneath the railway line were also renovated, becoming a series of craft workshops and galleries now called the Viaduc des Arts.

La Maison Rouge is a location of great interest for anyone interested in contemporary art. This independent art space was created by the collector Antoine de Galberg inside a former printworks. Here artists are invited to present shows of their work, and pieces from private collections are displayed.

Linking the Seine and the Canal Saint-Martin, the Port de l’Arsenal is a canal basin that gives the appearance of a seaside harbour. With moored boats, jetties and seafodd restaurants, it is almost Paris by the sea!

From the Place de la Bastille to the Place de la Nation runs the Rue du Faubourg Saint Antoine, one of the city’s oldest streets. This was once the major route to the eastern part of Paris, and experienced a trade boom in the 15th century when the king decreed that the workers located there should be exempt from taxes. The street was the main location of wood craftsmen and furniture makers at the time and this tradition has continued to the present day.