An unusual cruise in Paris on the Canal Saint Martin 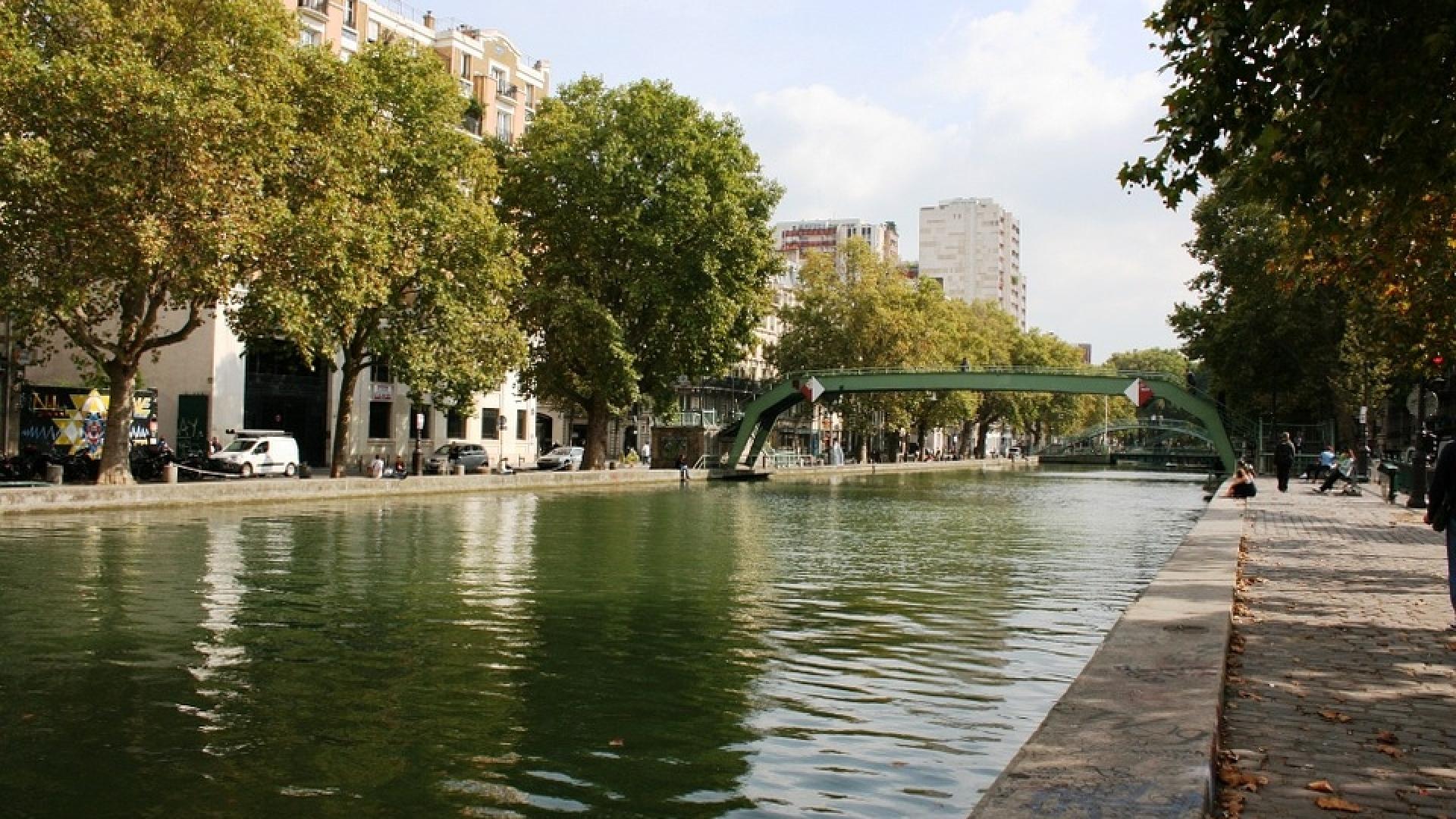 To discover the Paris beloved by Parisians, it’s sometimes necessary to deviate from the beaten track and try something new. During your stay at the Hotel Pavillon Bastille, why not opt for a cruise on the Canal Saint Martin and learn some fascinating anecdotes and historical facts along the way? You’ll have the choice between a riverboat or a more intimate zodiac craft. Cast off for a 2½ hour cruise through a particularly picturesque part of Paris.

Itinerary of a cruise on the Canal Saint Martin

Embark at the Port de l’Arsenal for a 2½ hour journey that will take you across the 10th, 11th and 19th arrondissements to La Villette. You’ll quickly find yourself falling in love with this alternative way of exploring the capital. The cruise is enchanting, especially as you pass through the subterranean stretch of canal connecting the Port de l’Arsenal to the Rue du Faubourg du Temple. Here you are plunged into total darkness. Everything becomes magical within the fire of Échos et Lumière (Echoes and Light), the luminous art installation created by the Japanese artist Kéiichi TAHARA. This gives the place an atmosphere that is both mysterious and exquisitely lovely. During this crossing of Paris, you’ll see life on the canal’s banks. You will then enter the basin of La Villette, formerly a commercial port of the capital, with its superb late 18th century Rotonde, where tolls were formerly paid on goods entering the city, and pass under the Pont de Crimée, a late 18th century lifting bridge.

A cruise on the Canal Saint Martin involves passing through 9 locks to negotiate the 25-metre difference in elevation between your point of departure and your destination.

It’s also an opportunity to learn more about Parisian history. The idea of the Canal Saint Martin was first proposed during the reign of Louis XIV, but it wasn’t until 1802 that it came to fruition. The goal was to be able to move goods and materials more easily while supplying fresh water to the city. Following the Industrial Revolution, life along the banks went downhill. Some neighbourhoods fell into disuse until they were redeveloped, and their original charm rediscovered.

Parisians love to stroll or cycle along the quays of the 4.5 km long canal. On the way, you can check out the designer shops and bars that have sprung up alongside the waterway. The Hôtel du Nord will put you in mind of the 1938 movie of the same name starring Louis Jouvet and Arletty.

A cruise on the Canal Saint Martin, past the plane trees and chestnut trees that line its banks, is a very pleasant way to discover the east of the capital. Drifting along, you’ll leave the constraints of everyday life behind and your tensions will dissipate as if by magic. Enjoy a romantic Parisian lunch time excursion with a glass of champagne.